When your workplace is also a tourist attraction

Disney World used to have an onsite animation studio. Animators worked in the studio on real movies while tourists stared down at them through giant glass windows. I thought that was kind of weird.

People like factory tours, especially for products they use and love. Even when there's no tour, people still want to drop by. The Google campus in Mountain View is always buzzing with people who want to come see what's going on. There are no public tours, but so what? You can see these folks every day, taking pictures with Google signs, or posing with the Android dessert statues on the lawn of Building 44. They visit Apple, too. (No desserts there, and the icon garden is long gone.) 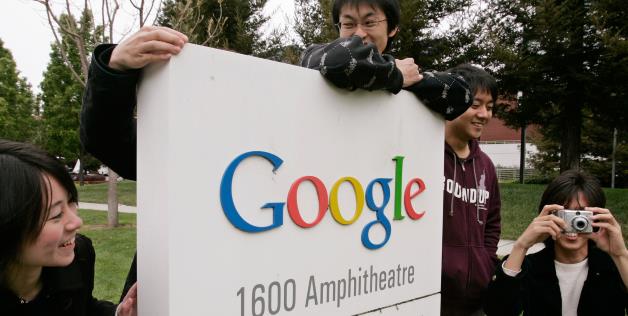 Google has an informal tour program. There are always groups of students, visiting dignitaries, and others coming through. There are even suggested itineraries and hotspots: the dinosaur skeleton, the SpaceShip One replica, the giant working Nexus phone, the bowling alley, the skeeball lanes, the anti-gravity ray prototypes. I've given a few of these tours myself, and it's always fun. People see the playful side of working at Google, without having to think about how the actual, less playful work gets done.

One day a couple of years ago, I was walking back to my office when I found three young men just sort of hanging around an empty lobby. They were futilely trying to look like they belonged there. I asked them if I could help (the classic euphemism for "Who are you and what the hell do you want?"). With wide eyes, they admitted they had no business there, that they were computer science students from Italy who were fans of Google and just wanted to look around. So instead of asking them to leave or calling security, I decided to show them around. We spent half an hour visiting the aforementioned attractions, finishing up at the Google Store (always exit through the gift shop). They were incredibly happy and grateful, and I was really glad I took the time. They hadn't come to steal the silverware after all.

My wife and I have often said, only half-joking, that in the future we should run a Silicon Valley tour company. We would take people to Google, Apple, Intel, the Computer History Museum, historical sites like Xerox PARC and the birthplace of the hard disk, and so on. I'm sure we could get plenty of business.

Posted by Scott Knaster at 2:28 PM