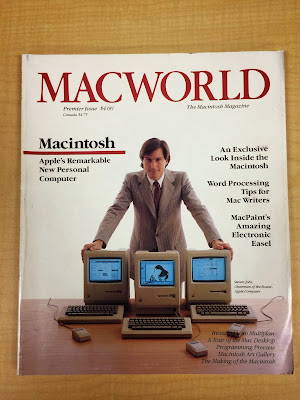 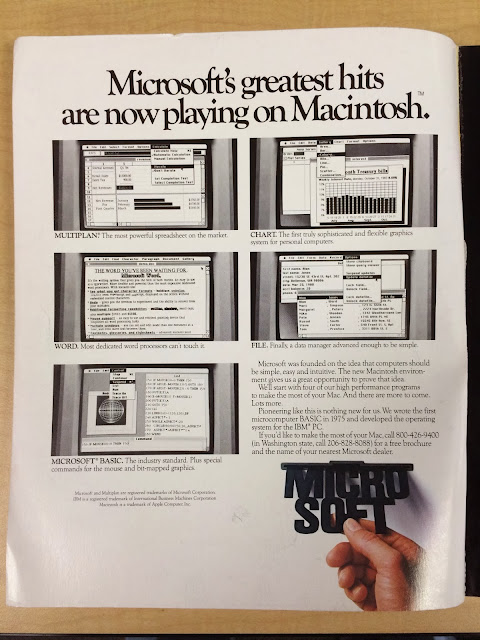 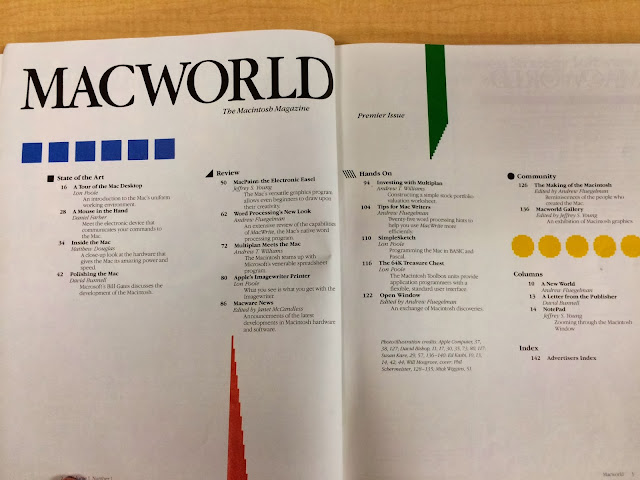 How Microsoft got back to making great Mac software

I've blogged previously about working in the Mac group at Microsoft and how much fun that wasn't during Macworld Expo. In those strange days, Microsoft was doing tremendous work supporting the Mac, which resulted in really nice apps. These apps happened for 3 basic reasons:

First, Microsoft created Word 6 as a cross-platform product designed to look and feel the same on Windows and Mac. This was exactly what Mac users didn't want. And because it was tuned for Windows, the Mac version was impossibly slow and ponderous. While Windows users loved Word 6, Mac users absolutely loathed it, and people in Redmond noticed. This caused them to *ahem* Think Different about how they should create Mac software.

Second, the Internet happened. This created a brand new, very important kind of app, and Microsoft could use it to experiment with new ways to develop Mac software while also thinking about fixing the Word 6 problem.

Third, Microsoft got hold of not one, but an entire group of really good Mac developers and product folks. This team (Don Bradford, Shayne Bradley, Bowen Simmons, Terry Worley, Steven Lovett, and others) had recently left Apple and were now ensconced in a tiny office in Santa Clara as a remote Silicon Valley outpost of Microsoft, trying to do some good at the Evil Empire. The group called their office MS-Bay. They even had their own logo stuff like t-shirts and keychains, created by artist Sonya Paz, who doubled as our office manager.

Thanks for not hanging up on me

I joined the team in 1995 after a recruiter called me and said she was looking for Mac folks to work at Microsoft. I told her I was interested, and she thanked me for not hanging up on her, which she said most people did in response to that offer. On my first day on the job I got an email summoning me to Redmond for orientation. I mentioned that to Sonya, who casually said "Oh, don't worry, we'll take care of that for you". I soon learned that our office was succeeding at staying Mac-focused by keeping as far away from Redmond as possible.

This group created Internet Explorer for Mac, and they had free reign to make it (to use the vernacular of the time) Mac-like. Of course, there was a Windows version of IE, and the Mac one had to be similar in some respects, plus support some Microsoft technologies. But it was a native Mac app, supporting most every Mac OS technology Apple had at the time. This really helped when comparing it to Netscape, which was unashamedly cross-platform and apparently not Mac native.

One particular crisis occurred when an edict came down from Bill Gates himself. The new version of IE for Windows included an animated Windows logo in the upper-right corner (remember when browsers had those?). We were told the Mac version had to have the same thing. A Windows logo. In a Mac browser. I think we actually shipped a version like that before convincing those who needed convincing what an Insanely Bad Idea it was, and we changed it a more sensible animated letter E.

The team worked hard to make Internet Explorer into really great Mac software, and eventually in those pre-Safari days it became the default browser on the Mac as part of the historic Apple - Microsoft deal of 1997. MS-Bay continued for awhile more until it merged with the Mac Office team in Redmond that was creating Office 98. Little did anyone know that before too much longer, office software would become a lot less important.

Posted by Scott Knaster at 2:37 PM No comments:

Last week I posted about MAC: The Macintosh Calendar 1985 and included a couple of images from the calendar. Lots of folks asked to see more, so today I photographed the entire calendar and posted it. I apologize in advance to anyone depicted in this calendar who would rather not see these images again. It's all done in the name of history.

As I said last week, can you imagine Apple allowing this sort of thing to happen now? No, you cannot.


Posted by Scott Knaster at 2:21 PM No comments:

The truth and falsehoods of Jobs (the movie)

My buddy John Vink saw Jobs and wondered just how accurate it was. But unlike most of us, John (a) knows several of the folks depicted in the movie and (b) has a TV show. So he sat down with Steve Wozniak, Daniel Kottke, and Andy Hertzfeld and went through the movie scene by scene to discuss what really happened and how they felt about it. It's a very cool piece of video.

Posted by Scott Knaster at 9:47 PM No comments: 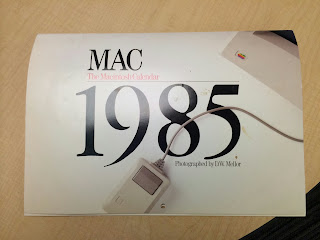 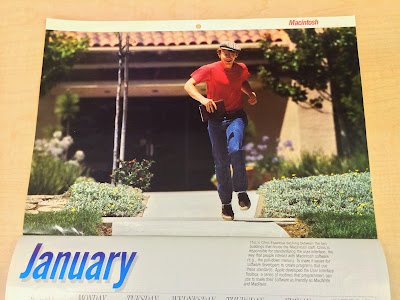 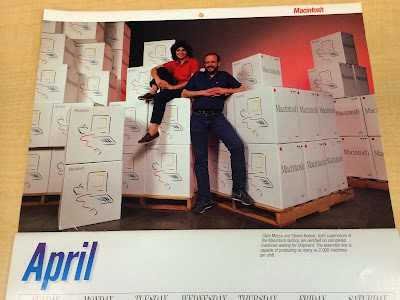 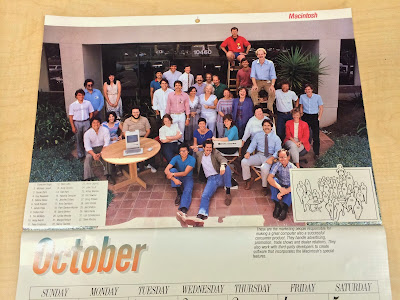 Can you imagine Apple allowing this kind of thing to be published today? No, you cannot.
Posted by Scott Knaster at 2:40 PM No comments: