Before the Mac was the Lisa, Apple's first graphical user interface computer

This is probably familiar to you. 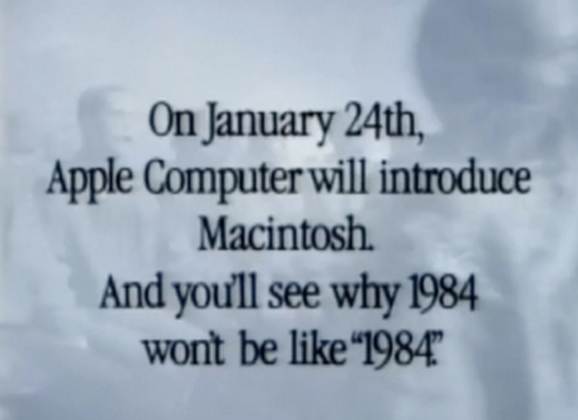 Yeah, everybody knows that. But did you know that just one year earlier, on January 19th, 1983, Apple introduced the Lisa? You might know that Lisa was Apple's first computer with a graphical user interface. It was pretty cool but cost $10,000 and was a little ahead of its time. 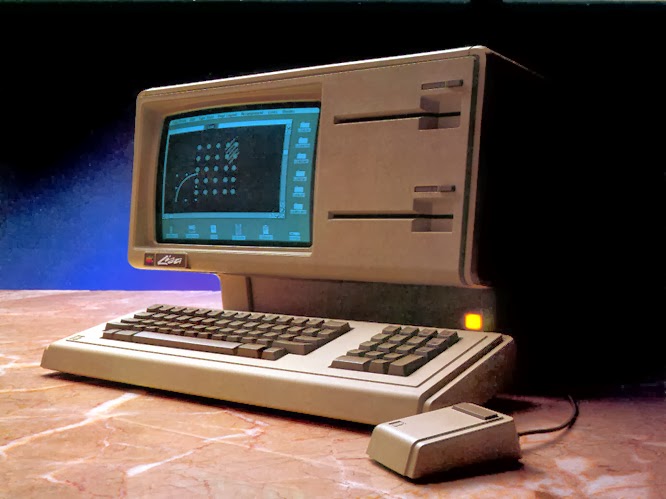 Steve Jobs code-named Lisa for his daughter, but nobody acknowledged that at the time. Instead, Apple told people it was an acronym for "Local Integrated System Architecture". Folks who know better decided it really meant "Let's invent some acronym".

My first-ever job at Apple was Lisa telephone tech support. It was a great job: there were so few customers, and the applications were so easy to use, that I soon learned pretty much everything there was to know about the software and had spare time to learn about how you programmed it. I could even take the computer apart and put it back together (no tools!). The highlight of this job was the day Herbie Hancock called for support. Wow!

When I worked on the Lisa hotline, I got this cool lapel pin (shown larger than life): 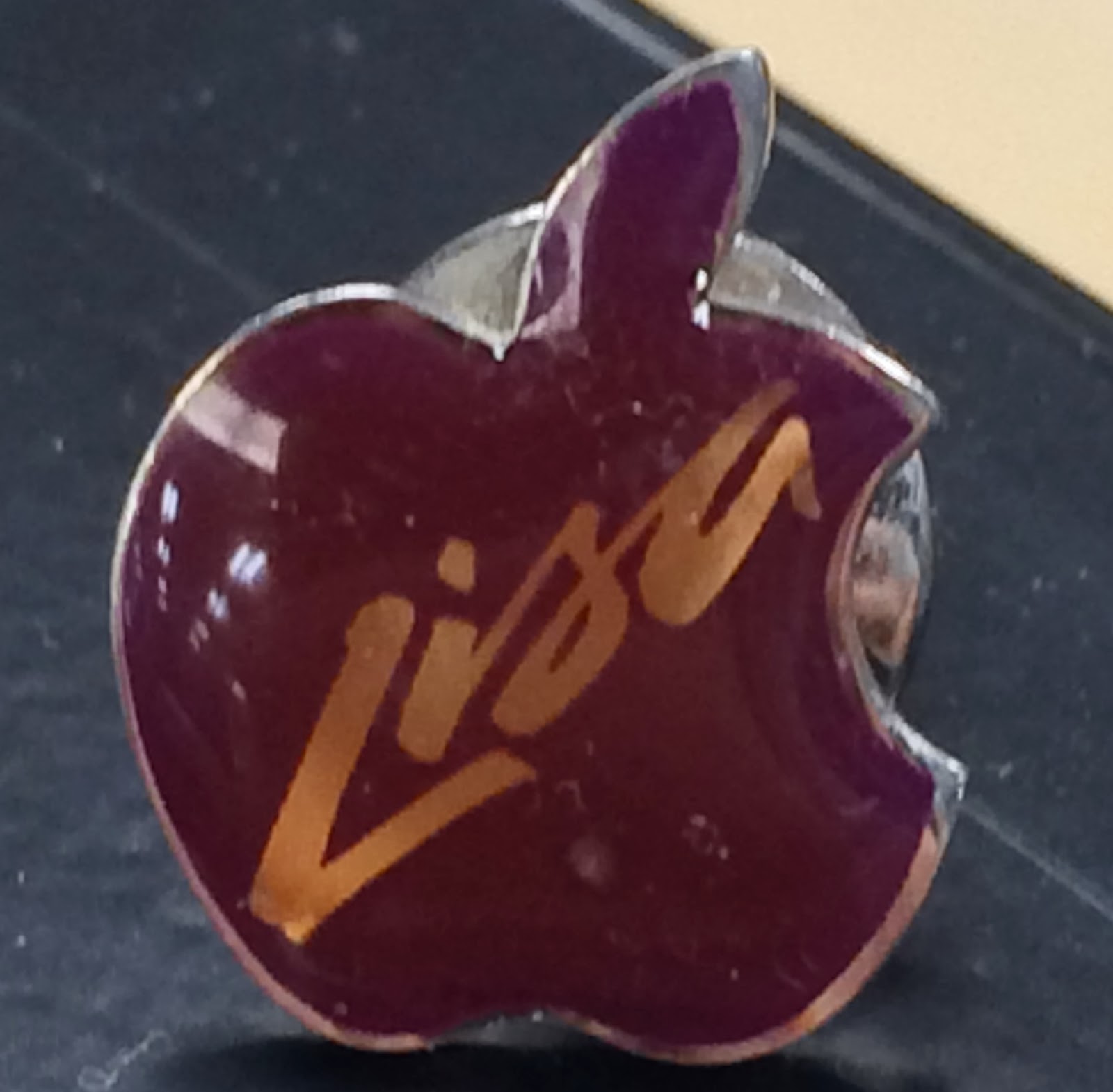 For awhile I worked the 3 am to 10 am shift. I was 23 years old and this sounded great! My plan was to get up at 2, go to work, then go home and stay up until I got tired, then go to sleep. After 3 days of this I was running a major sleep deficit. On the 4th day, I went home and fell asleep about noon. A few hours later, a 6.5 magnitude earthquake woke me up. Panicked, I jumped out of bed and twisted my ankle, thus becoming an earthquake casualty. My sleep was wrecked for the rest of the week and I soon gave up the graveyard shift.

Everything about the Lisa was new and different: bitmapped display, mouse, and graphical applications. These pictures are from Lisa data sheets of a few of the applications: 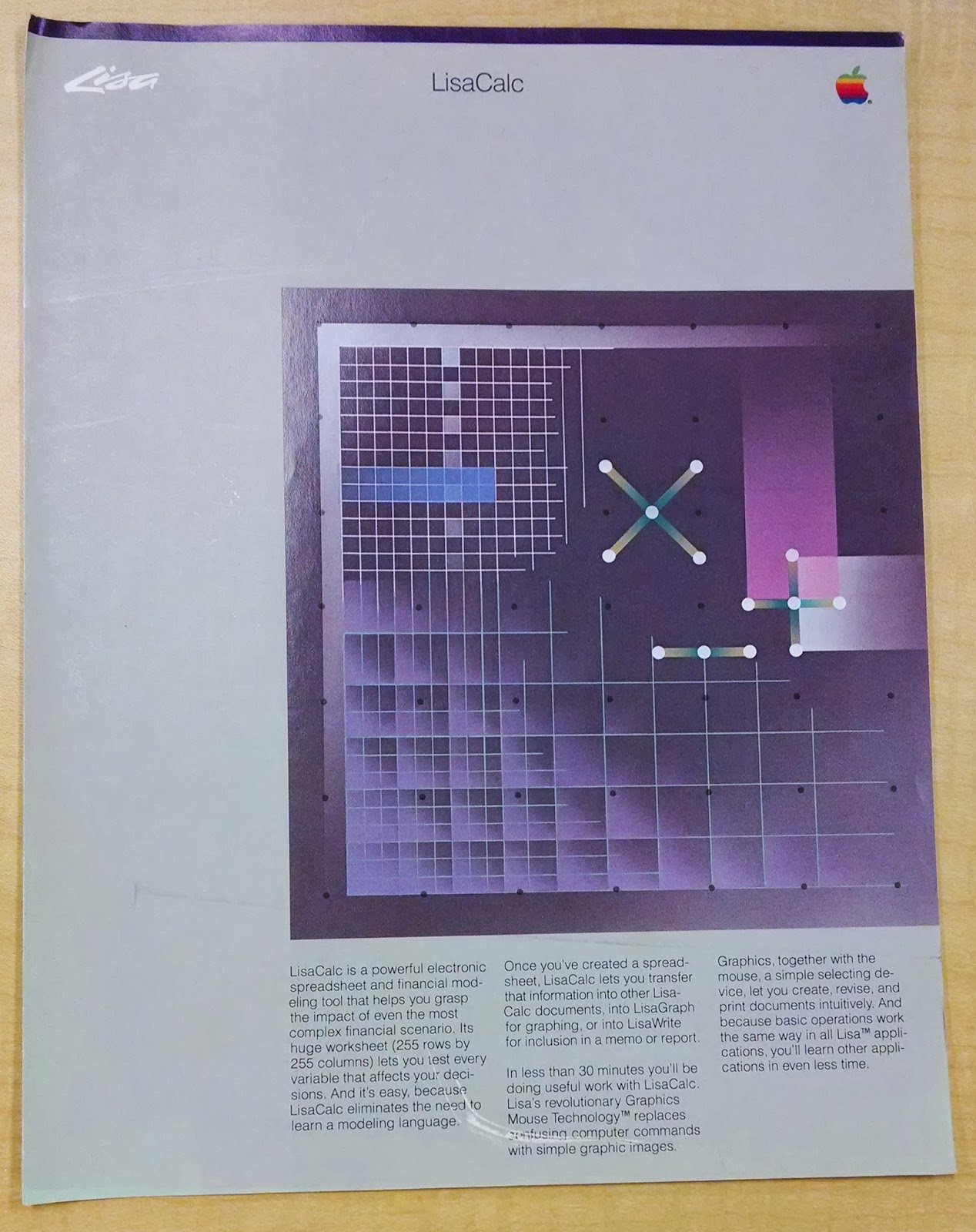 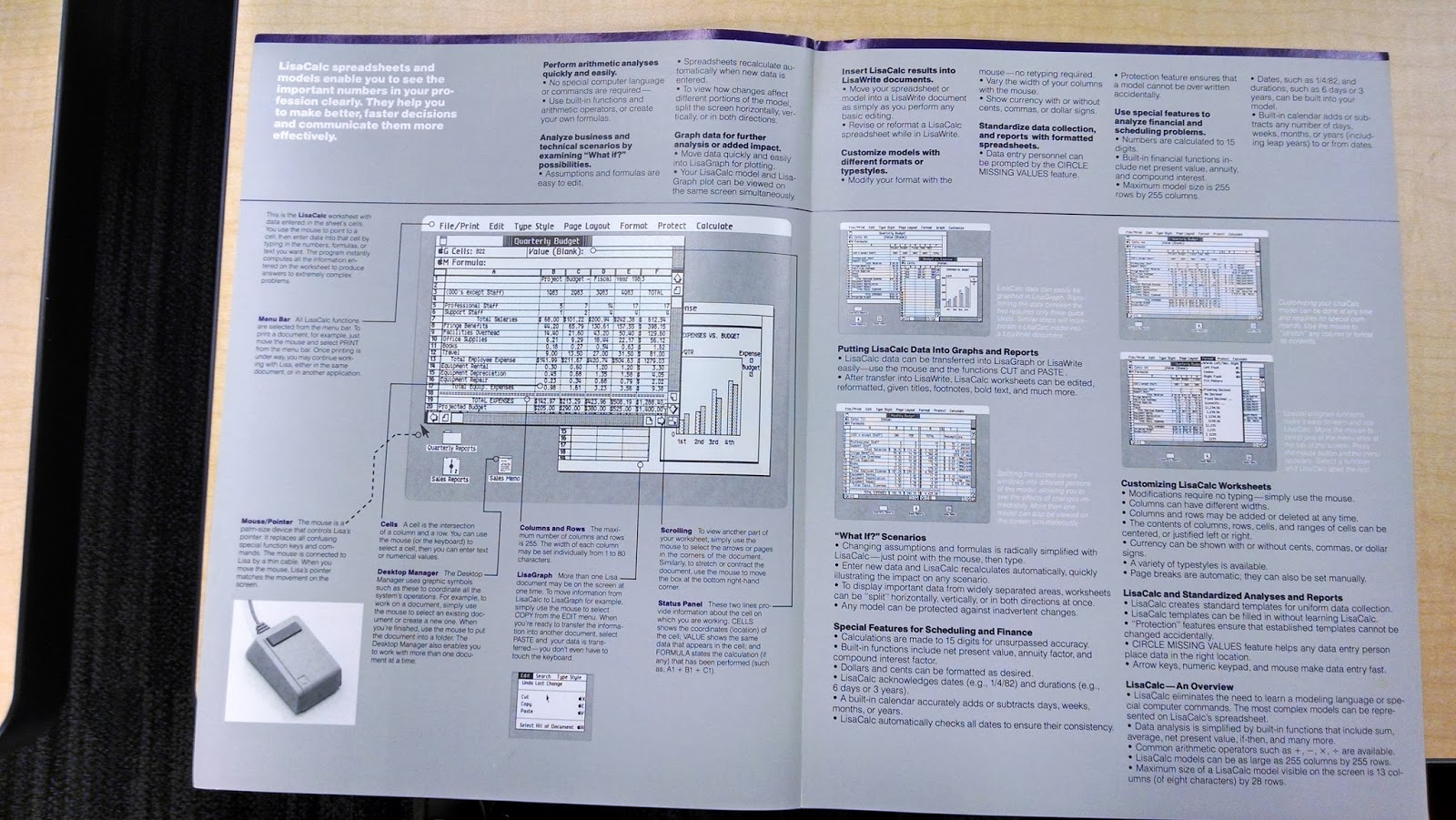 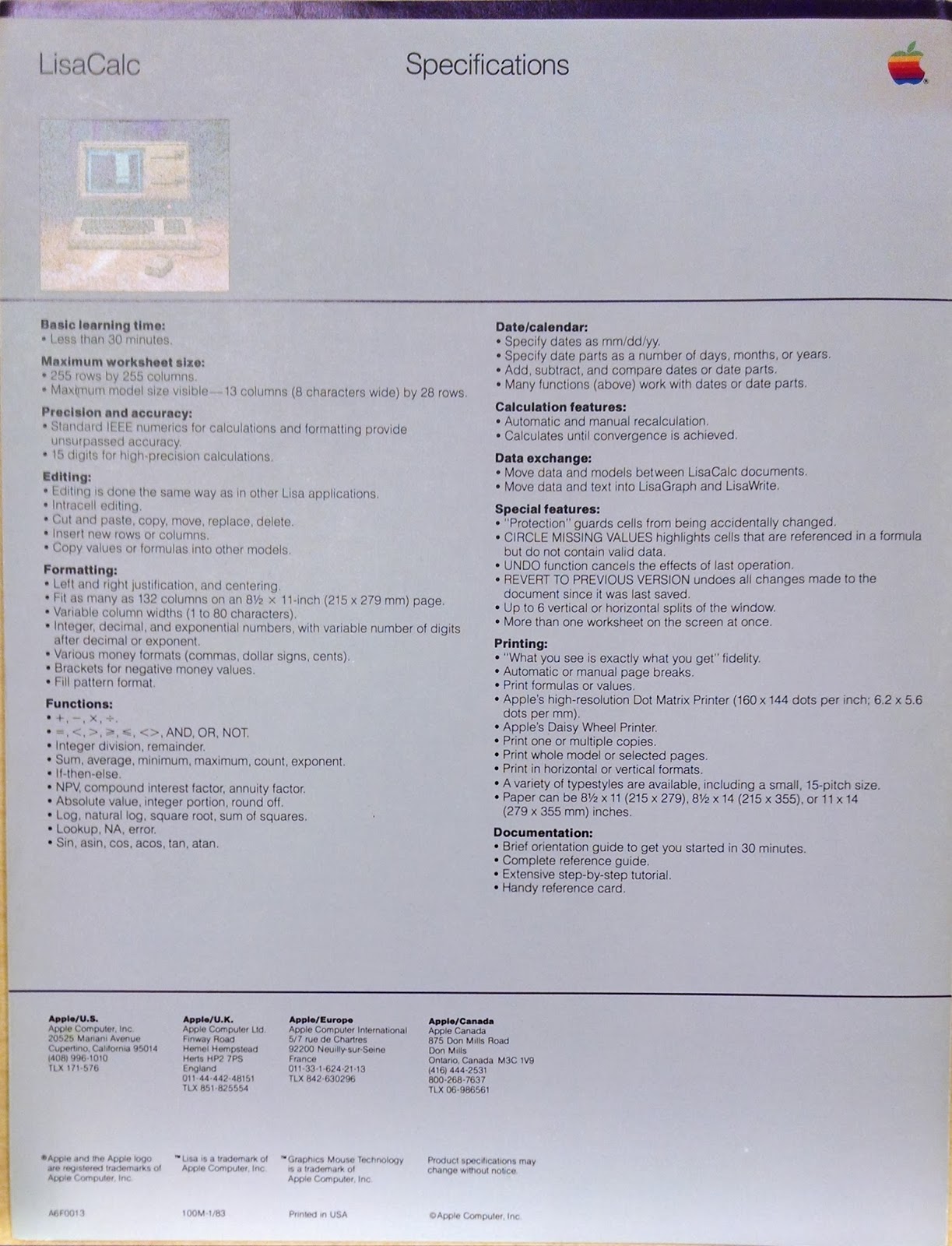 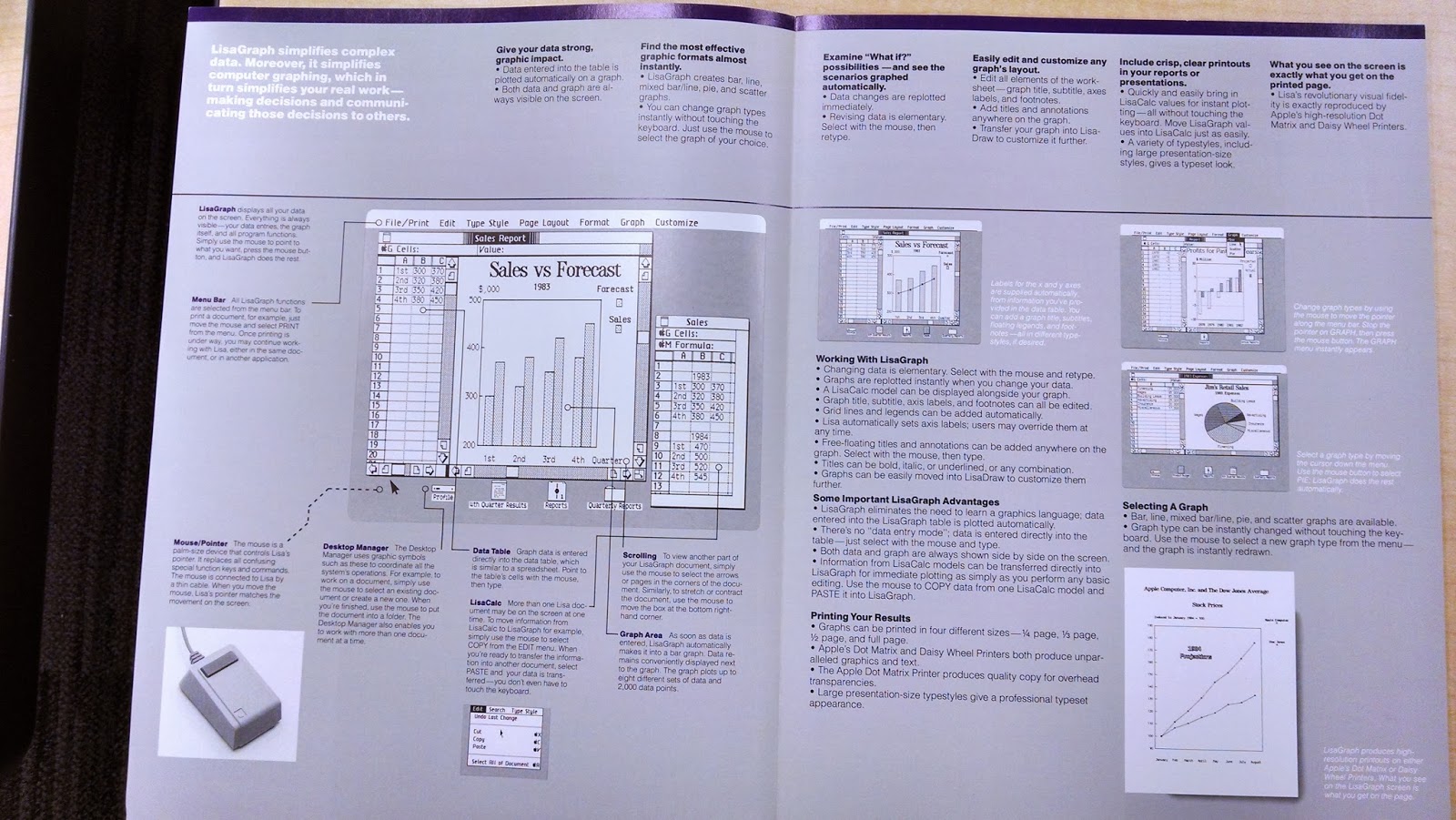 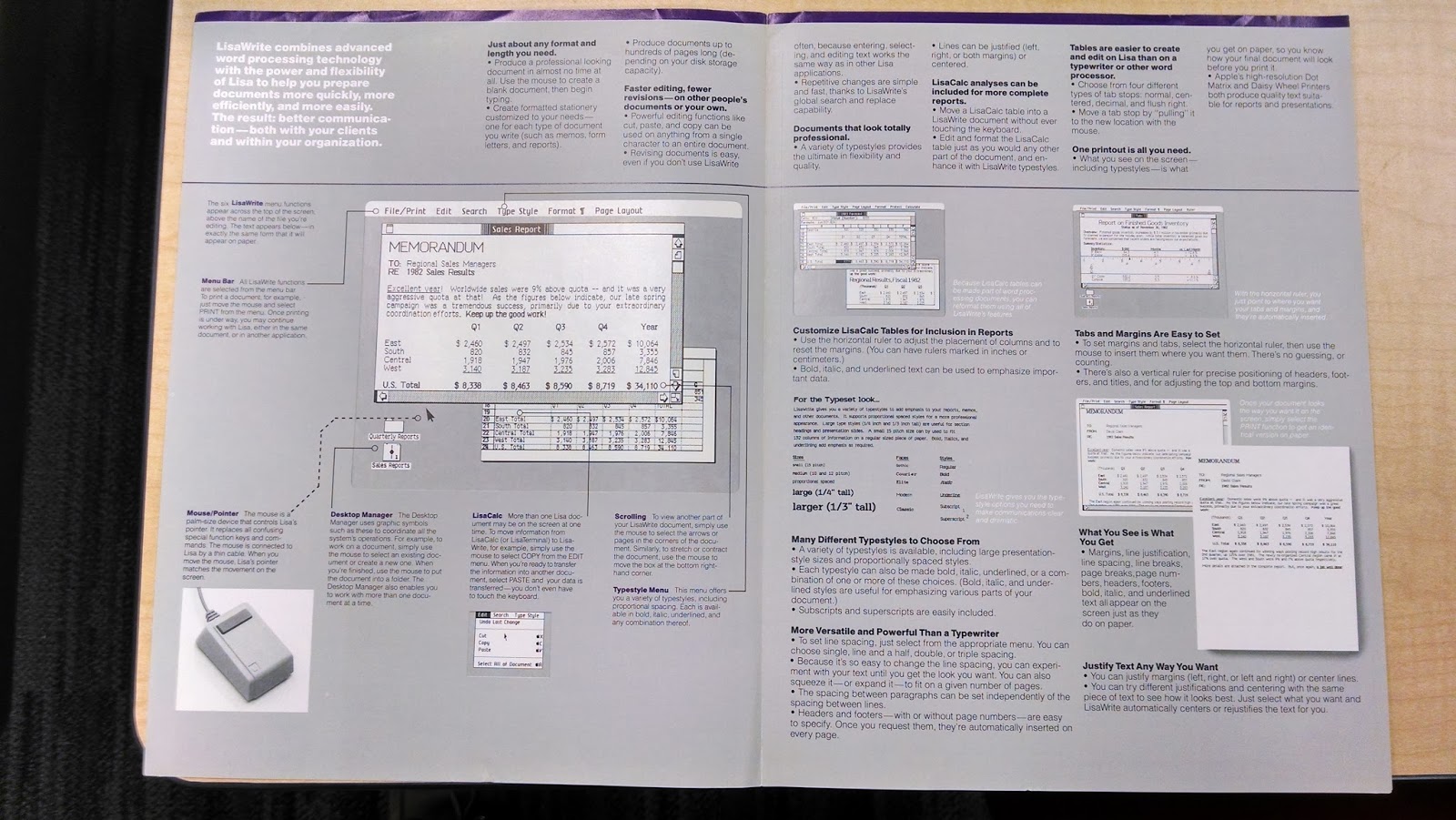 LisaWrite was my favorite. It went a long way toward WYSIWYG.

Even the floppy disks (the what?) were unusual. They were Apple's proprietary Twiggy disks, with 800K capacity: 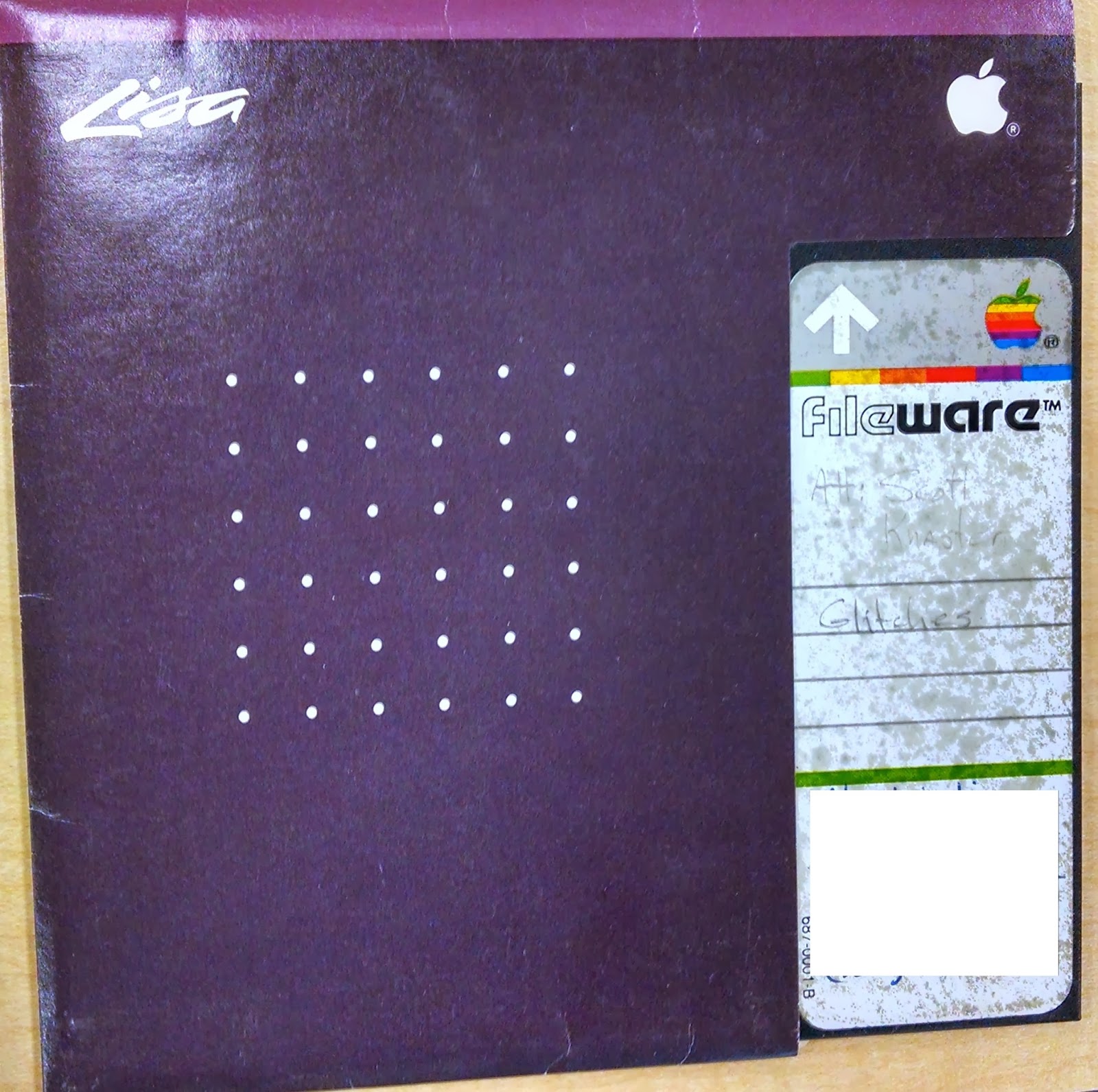 Those were the days.

Posted by Scott Knaster at 4:25 PM